Murder mysteries are an interesting intellectual challenge, hence the appeal of this genre of literature. The script was especially written for Sidlesham by Sarah Trip of the Chichester Players which supplied the six suspects  for the death of Prof. McPagham, brutally murdered as ever in the library. Our very own Jane Blackford played Lady Sidlesham wife of Lord Sidlesham, the other characters were McBracklesham, McBirdham and sisters Moira and Mary who were the housekeeper and the cook.   Before the drama got underway, David Blackford, in lieu of a piper, played Scottish reels on his accordion and then he accompanied the arrival of the haggis, the address to which was delivered by George Torrance in, it must be said, a very passable Scottish accent.  A small portion of haggis with ‘neeps and tatties’ suitably sprinkled with whiskey was our starter.  This was followed by a main course of poached salmon and vegetables, the dessert being butterscotch cheesecake.  All this was cooked by Lawrence Hall, son of Corina and Richard Hall, ably assisted by an army of servers. 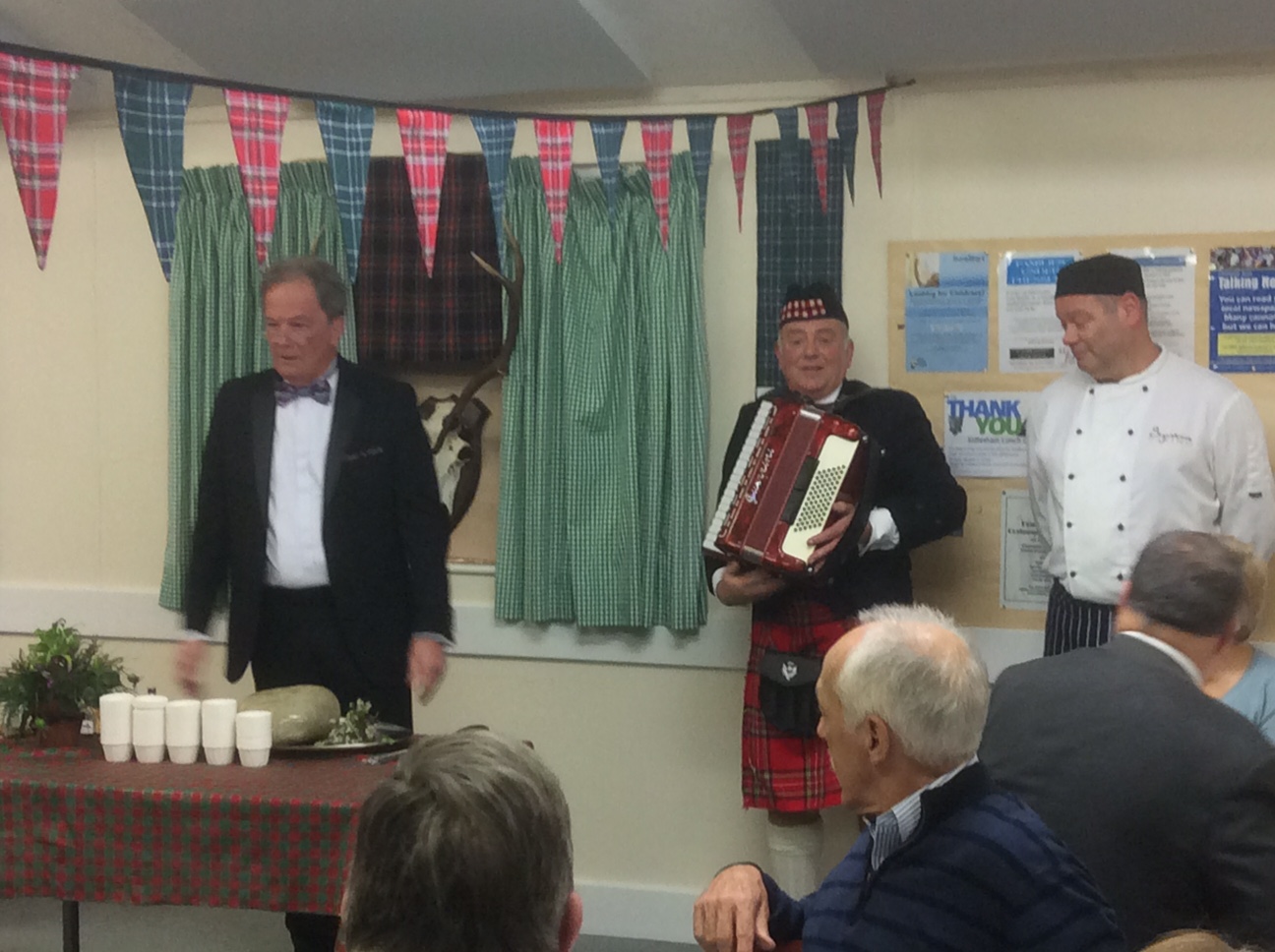 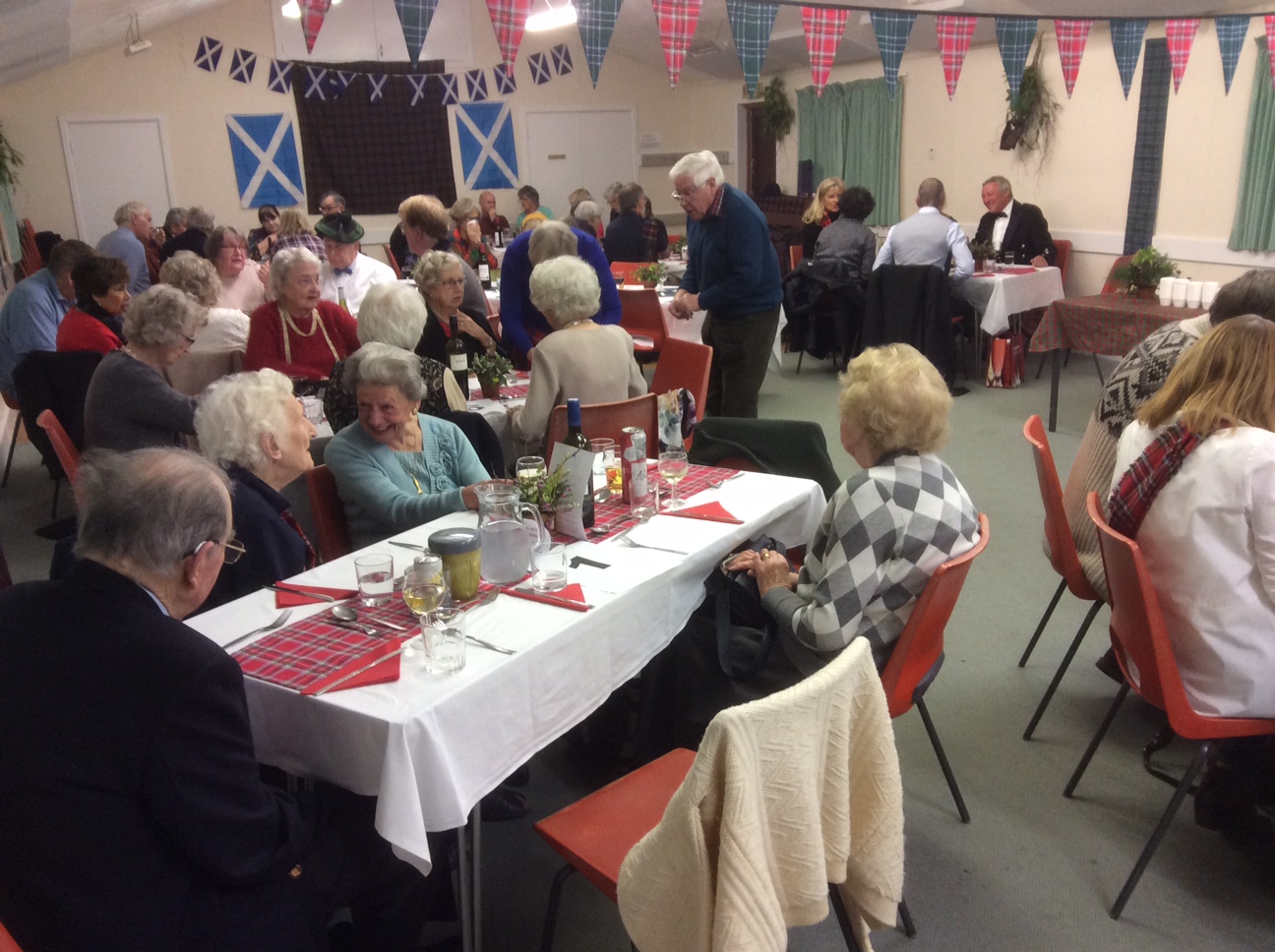 Each table represented a team of sleuths and to assist them in their deliberations was a bottle of red and of white wine.  Between courses, each ‘suspect’, with a variety of accents, gave reasons why he or she could not possibly have done the dastardly deed with a sgian-dubh, dropping hints why it might be one of the others.  There was also opportunity to interrogate the ‘suspects’.  Of the eight ‘teams’, three concluded correctly – it was the cook what done it.  Congratulations to everyone of the Sidlesham Community Association for arranging this event – Sandra Ryder for the floral arrangements, the Robsons for the raffle, the Halls for their son and bar, and Jane Blackford for corralling the actors.  A cheap night out for £15 a head.

By using this site, you agree to our privacy policy which can be found here and to the use of essential cookies for this site to function correctly.

Once you close this message, a cookie will be set in your browser so you shouldn’t see this message again within the next month unless you clear your cookies.